The logo of the magazine

Reader's Digest ([ ˈɹiːdɚz ˈdaɪdʒɛst ], English digest for 'extract / extract for the reader') is a journal with international circulation, which was originally known for the fact that it published articles from other journals as well as book excerpts and books in several languages, some in abbreviated form , published. Today the magazine mainly contains its own content, which also differs depending on the country edition. In addition to the magazine, books, audio books, music CDs and DVDs are now published under the Reader's Digest brand .

The parent company The Reader's Digest Association, Inc. was founded in 1922 by Lila Acheson Wallace and DeWitt Wallace in Pleasantville near New York. The first issue of the magazine appeared on February 5, 1922. In the early days, the publishers sent the copies by post for 10  cents each. In 1935 the circulation reached one million copies for the first time.

The first foreign edition appeared in Great Britain in 1938; The first issues for Germany and Switzerland appeared in 1948, and in Austria in 1952 .

The parent company was listed on the New York Stock Exchange until March 2007 . In 2010 it had more than 130 million customers in 78 countries and in 2009 generated sales of around 2.1 billion dollars . The publishing group was sold for 1.8 billion euros (2.6 billion dollars) in March 2007 to a consortium led by the American investment firm Ripplewood Holdings LLC (with the magazine in 20 languages, with a circulation of 16 million copies).

The magazine appeared in 50 different editions in 20 languages ​​in 2010 and reached around 70 million readers with a circulation of 16 million copies. The American edition has the highest circulation with 8.2 million copies. (The main magazine "Reader's Digest" and 40 other papers reach more than 100 million readers; the shareholders of Reader's Digest Association Inc. received $ 17 per share.) 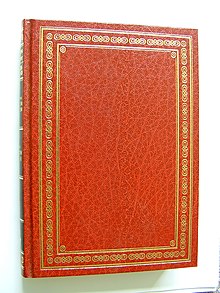 Book cover of a bestseller special volume ( selection books ) from the 1980s. Earlier books had a round symbol instead of a frame.

The publisher also publishes books, audio books, music, DVD / videos and also offers products from the health and wellness sector (dietary supplements, pharmaceuticals) as well as wine, jewelry and hiking. Since 1955, the subscription series Reader's Digest Selection Books has been published every two to three months . Each volume contains short versions (English: to digest for 'digest' in the sense of to summarize ) of four current bestsellers . Since 1960 the publishing house has also published the youth book annually, formerly known under the titles Das große Reader's Digest Jugendbuch or Das große Jugendbuch . From 1985 to 1995 the science fiction series On the Road to the World of Tomorrow was published in hardcover with mostly two SF novels per volume. An example of publishing cooperation and the simultaneous takeover of an extensive publication from another publisher is Meyers Memo , published in 1991 by Meyers Lexikonverlag Mannheim , which Reader's Digest published in the same year as a special edition under the title The Great Book of General Knowledge.

On August 24, 2009, the Group Reader's Digest Association Inc. applied for Chapter 11 of the US Bankruptcy Code bankruptcy protection . The debts of the group should be reduced in this way. The German subsidiary was not affected by the proceedings. The proceedings were completed on February 22, 2010, and the Group's debt burden was significantly reduced.

For many years Reader's Digest was known for representing a relatively closed worldview , which the group itself describes as politically conservative , pro-American, anti-communist, optimistic and Christian- oriented. In the meantime, the national subsidiaries of Reader's Digest have often developed their own profiles.

Reader's Digest is a subscription magazine that reaches 90 percent of its readers through subscription . The publisher portrays the readership as mostly older than 40 years and relatively well-off.

Reader's Digest uses direct marketing and competitions to promote its products . The sometimes confusing presentation of the competition documents and the design of the competitions only serve to provoke product orders from the point of view of the Hamburg Consumer Center . In 2001, Reader's Digest USA pledged to pay six million dollars in redress to victims of its marketing practices after the publisher was accused of using fraudulent methods to induce older people to contract. The German subsidiary of Reader's Digest points out that all the prizes that are advertised would actually be paid out - this can be read in the annually published list of winners or on the homepage. In addition, participation in the free raffle is independent of an order.