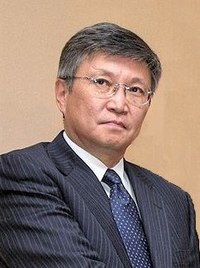 Bajar was born in 1956 in the capital Ulan Bator . He graduated from Moscow State University with a law degree. From 1979 to 1983 he served with officer rank in the Mongolian General Staff. From 1983 to 1988 he worked as a journalist for the news agencies Montsame and Mongolpress . From 1990 to 1992 he was a member of the Little State Chural . From 1992 to 1997 he taught at the Academy of Social Sciences, studied in Washington, DC , and was director of the Institute for Strategic Studies of the Mongolian Department of Defense. From 1997 to 2001 he was the head of the President's Office, and from 2001 to 2005 he served as Mongolian Ambassador to Moscow .

Bajar joined the Mongolian People's Revolutionary Party (MRVP) in 1988 and became general secretary of the party in 2005. At the party congress in 2007 he was elected chairman with 377 to 229 votes before Mijeegombyn Enchbold . The same party congress voted to propose Bajar as the next prime minister. The parliament, dominated by the MRVP, appointed Bajar Prime Minister on November 22, 2007 with 67 votes to two (87.1%).

He began his tenure as Prime Minister with verbal attacks against Tsachiagiin Elbegdorsch in his inaugural speech. He nationalized the remaining 15% private stake in the Tawan Tolgoi Coal Mine to turn it into a 100% state-owned company, thus spurring Russian firms' interest in its large coal reserves. He also appointed his predecessor and former mayor of Ulan Bator Mijeegombiin Enchbold as his deputy.

In October 2009, he submitted his resignation for health reasons. He had previously undergone medical treatment abroad for a hepatitis infection. Süchbaataryn Batbold was appointed as his successor .

In 1998, Bajar married Chashbatyn Chulan , a prominent member of the National Democratic Party and later the Party of the Civic Will . The two have at least one daughter.