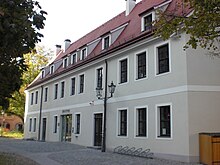 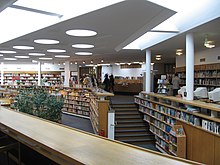 Foreign-language literature is also often to be found, albeit mostly to a small extent. Many city libraries have also developed beyond the print media of books and magazines / newspapers by offering e-books, films (e.g. on video cassettes or DVD videos ), games or CDs and CD-ROMs into media libraries .

Public libraries are also widely used as meeting or event locations. The most important focus is usually the or a reading room , and computer workstations can often be used for a fee.

Occasionally, city libraries only lend their works to their own citizens in order to allow the mostly scarce resources to be passed on to them only, which is particularly controversial in the case of satellite cities or municipalities, whose citizens also participate in urban life with their purchasing power. A compromise is reached when there is a regulation regarding the county or the region.