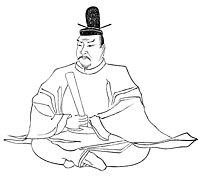 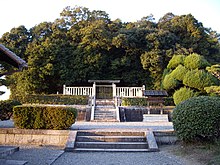 In the Jinshin Civil War of 672 Temmu usurped the imperial dignity of the emperor Kōbun installed in 671 and ruled the empire from his Kiyomihara palace .

As emperor, he reformed the legal system based on the Chinese system. During his reign, the kabane ranks were reformed for noble dignitaries.