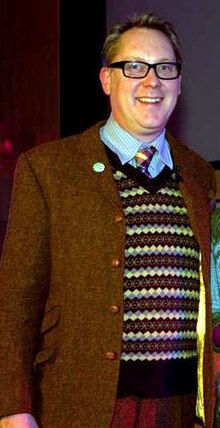 Vic Reeves (actually: James Roderick Moir ; born January 24, 1959 in Leeds ) is an English singer and comedian. His pseudonym goes back to his favorite singers Vic Damone and Jim Reeves .

He usually appears as a comedian with his partner Bob Mortimer .

Reeves had the number one hit Dizzy with the group The Wonder Stuff in the 1990s - a remake of the classic by Tommy Roe .