The title of this article is ambiguous. Further meanings are listed under Xinhua (disambiguation) .

The following important information is missing from this article or section:
Internal structure, role in today's Chinese society (especially media and government), company history.
Help Wikipedia by researching and pasting it . 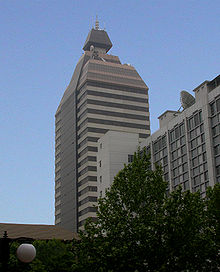 Xinhua ( IPA : [ ɕín.xwǎ ]; Chinese  新華通訊社  /  新华通讯社 , Pinyin Xīnhuá Tōngxùnshè , 新華社  /  新华社 for short , Xīnhuá shè  - "New China News Agency") is the government news agency of the People's Republic of China and the larger of the two news agencies of the country (the other is China News Service ). Xinhua is also a publisher that publishes more than 20 newspapers and a dozen magazines and publishes in eight languages: Chinese, English, Spanish, French, Russian, Portuguese, Arabic, and Japanese.

Xinhua is the largest and most influential media organization in China, with more than 170 overseas offices and 31 offices in China - one for each province and a military office. Xinhua produces, among other things, the worldwide news channel CNC World .

Xinhua has been criticized by international media for promoting propaganda , hate speech and racism against opponents of the Chinese Communist Party. Due to media censorship in China, Xinhua remains the main source of smaller news publications and there is a conflict of interest between the Communist Party and the news agency.

In an interview with Indian media in 2007, the then head of Xinhua, Tian Congmin, confirmed the problem of "historical defeats and popular perceptions". Newsweek criticized Xinhua as "known for its blind spots" on controversial news in China. B. that their "reporting on the United States is not fair and equitable".