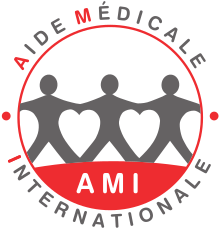 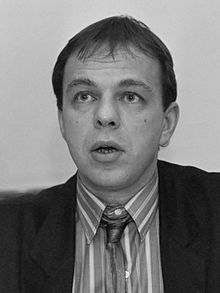 Aide Médicale Internationale ("International Medical Aid", AMI) was a French medical aid organization active in the field of humanitarian aid . The aim was to help people in regions that are difficult to access and who have no access to a functioning health system . It was founded in 1979 by the doctor Michel Bonnot , who previously worked for Doctors Without Borders ( Médecins sans frontières , MSF) and served as State Secretary for Humanitarian Aid in the French government in the 1990s . The main reason for the emergence of AMI was Michel Bonnot's criticism of MSF's media and public relations work and the disclosure of observations made in the field by MSF. In 2011 there was a merger with Première Urgence ; the name AMI is no longer used.

The organization was active in nine countries with 25 aid programs, in which around 20 employees at the Pantin headquarters near Paris , around 80 delegates abroad and around 2,500 local employees took part and provided medical care to around 2.5 million people. An important aspect of the work on site is helping people to help themselves, with which those affected should be gradually enabled to take over medical care themselves through training and further education.

AMI declined to publicly report on the incident and any observations of violations of international humanitarian law and human rights . The organization's first official press release appeared in 1995. In contrast to other aid organizations such as the International Red Cross and Red Crescent Movement and Doctors Without Borders, the organization also cooperated with armies, as well as with guerrilla organizations and other paramilitary groups, provided they had a specific region under their control , and therefore consciously places itself under the protection of these organizations.

The budget in 2005 was around 11.4 million euros. The work is primarily financed by institutional partners such as the European Union , the United Nations Children's Fund and the French Foreign Ministry , and about ten percent through donations.