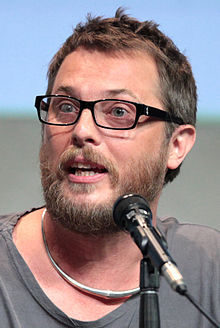 Duncan Zowie Haywood Jones (born May 30, 1971 in Beckenham , London ) is a British director . He is the son of David Bowie and also known as Zowie Bowie or Joey Bowie .

Duncan Jones is David Bowie's child with Angela Barnett. After their divorce in the early 1980s, Bowie received sole custody. Duncan grew up as a child in Berlin, London and Vevey in Switzerland, where he attended the Commonwealth American School . At the age of 14 he went to the Scottish boarding school Gordonstoun . In 1995 he received a bachelor's degree in philosophy from the College of Wooster . He broke off his doctorate at Vanderbilt University in Tennessee and studied directing at the London Film School .

Jones is the director of Warcraft: The Beginning , the feature film for the Warcraft series of computer games . The shooting took place in early 2014. After two years of post - production , the film opened in cinemas in May 2016.

On November 4, 2015, it was announced that his next film project would be a science fiction film called Mute . According to Jones, he worked towards the realization of the film for 12 years. The plot of the film takes place in Berlin , 40 years in the future and is about a silent bartender . Alexander Skarsgård and Paul Rudd were hired for the leading roles . Jones wrote the screenplay for the film with his co-writer Mike Johnson. Filming began in Berlin at the end of September 2016 and ended in mid-December.

Duncan Jones married photographer Rodene Ronquillo on November 6, 2012, two days after she was diagnosed with cancer.