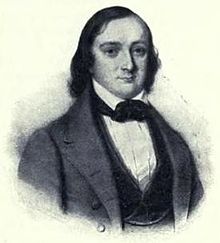 The son of an organist began learning to play the violin at the age of three, following his own wish. Prume made his first public appearance at the age of seven with a concert by Pierre Rode in Liège. At the age of eleven he received a scholarship that enabled him to study at the Royal Conservatory in Liège. Despite the politically uncertain time during the July Revolution of 1830 , the director of the Conservatory sent him to Paris to see François-Antoine habeneck . Upon his return, Prume became professor of violin at the Liège Conservatory at the age of just 17.

Already in 1839 he gave up teaching to devote himself to numerous concert tours that took him across Europe. He had joint appearances with Franz Liszt . Prume received the honorary title of "court virtuoso of the Duke of Gotha". At the age of only 33, Prume died of a "bad nerve fever". The historic festival and concert hall of the former abbey of his birthplace, Stavelot, was named after him.