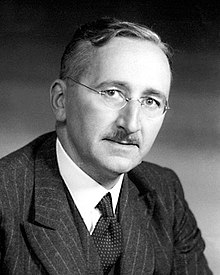 The Friedrich A. v. Hayek Institute (IIAE = International Institute Austrian School of Economics) is a private research institute based in Vienna and Stanford . It was founded in 1993 , one year after the death of the Nobel Prize winner Friedrich August von Hayek , among others by Barbara Kolm in Vienna.

The task and goal of the institute is to bring the work of the namesake to all interested parties and to promote, continue and apply the tradition of the Austrian School of Economics in German-speaking countries.

In order to achieve this goal, the institute takes up current economic and socio-political issues and publishes studies and solutions based on its economically liberal position. As a neoliberal think tank, it cooperates with scientists and practitioners from the business world and seeks to publicize its ideas through personalities and institutions from the education sector and civil society. The work of the Hayek Institute is supported by an international scientific advisory board. The Hayek Institute publishes the book series "The International Library of Austrian Economics".