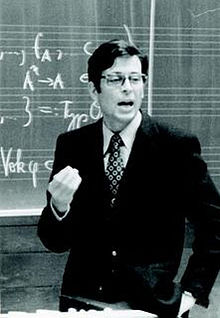 Ebbinghaus studied mathematics and physics at the University of Münster , where he received his doctorate in 1967 under Hans Hermes (on predicate logic with partially defined predicates and functions and an application to equation theory). With Hermes he also went to Freiburg im Breisgau as an assistant (1967), where he then worked as a professor for mathematical logic at the Albert Ludwigs University of Freiburg until his retirement .

Ebbinghaus wrote several textbooks on set theory , mathematical logic and model theory and is editor of the works of the logician Ernst Zermelo (who also worked in Freiburg) (the first volume was published in 2010 by Springer Verlag) and his biographer.