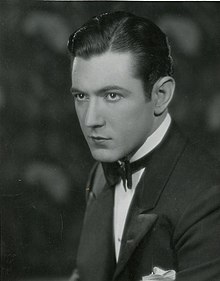 John Mack Brown was a gifted American football player who played on his University of Alabama team in the mid-1920s . In the position of halfback , he rose to a national sports hero through his outstanding performance at the Rose Bowl in 1926. His physique and appearance attracted the attention of the Metro-Goldwyn-Mayer film studio , which signed him in 1927. For a few years John Mack Brown, who later appeared mostly as Johnny Mack Brown in the opening credits, was considered by many as the upcoming big film star and was used in prestige productions in leading roles or larger supporting roles. He was seen as Greta Garbo's criminal and dishonorable husband in A Shameless Woman from 1928 and appeared in the same year with Joan Crawford in Our Dancing Daughters . A year later he was seen alongside Mary Pickford in her first talky film Coquette . Pickford received an Oscar for best actress for this.

However, with the advent of talkies in the late 1920s, Brown's heavy Alabama accent became a handicap. After appearing as Billy the Kid in King Vidor's monumental western Outlaw, Feared, Loved - Billy the Kid's career initially waned. His role alongside Joan Crawford in Laughing Sinners (1931) was cut out after a disastrous preview and the film with Clark Gable was almost completely re-shot. It was also Gable who would take on most of the future roles for which Brown was intended. From the mid-1930s onwards, Brown found a new cinematic home as a cowboy hero in numerous and inexpensive western films. In other genres, however, he was practically no longer seen. From 1942 to 1950 he was continuously among the top ten box office western stars. After 1953 the actor withdrew noticeably from the film business. Between 1927 and 1966 he was seen in more than 170 movies and several television productions.

Brown was married to Cornelia "Connie" Foster from 1926 until his death, and the couple had four children.