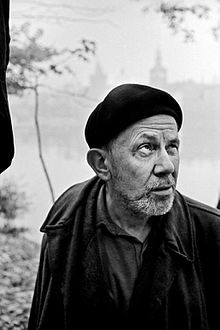 Many of Josef Sudek's works show Czech landscapes, cityscapes and still lifes, but also the lives of his fellow citizens. For example, they show:

What is striking about Sudek's work is the variety. Significant art-historical developments in photography are reflected in his work. In addition to impressionistic motifs, Sudek also made references to the New Objectivity and Surrealism. The general art-historical location is therefore unclear. In his essay Sudek the Outsider , published in 2012, Antonín Dufek attempted to counter the often categorized as romanticists with a more complex image of the photographer. Sudek oriented himself accordingly to different photographic trends and above all to models. In contrast, a romantic trait can be seen in this versatility.

Sudek was particularly interested in a professional and technically and artistically superior way of working. The majority of his recordings were made with large-format cameras, which enabled him to forego enlargements , i.e. to make a contact sheet. 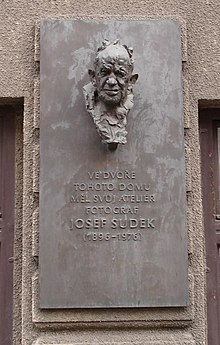