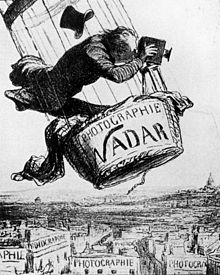 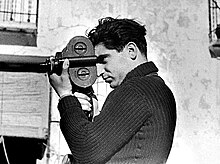 Professional practice and fields of activity

Photographers use the camera to capture individual impressions of people or nature, of events or of objects. Often they specialize in a field such as portrait, advertising, press or science photography. They master the entire process of photographic products from brainstorming and planning, lighting and staging to preparing the resulting images for all display options. Photographers work freelance, are active in the photographic industry or in public institutions. Large newspaper publishers employ their own press photographers . Sometimes they are also employed in photo retailers or in large industrial laboratories and open-plan studios. In addition, they offer press services and agencies, picture archive services, advertising and media agencies and employment opportunities in film and television.

The quality of the recordings is largely based on experience and preparatory work. Camera, film, lens, lighting and the subject must be coordinated with one another. The digital post-processing also forms an important part of the professional practice. Outdoors, photographers work making optimal use of natural light, at the selected " location " or in the studio with lighting and with the appropriate decoration, which can be as lavishly designed as a scene . The most common field of activity is likely to be staged photography .

In Germany, photographer is a recognized training occupation according to the craft regulations (HwO). This 3-year training course, which is regulated nationwide, is offered in the trades in the following areas:

In addition to the traditional artisanal

there is the possibility of purely school-based training:

In the scientific field there is the Master of Engineering (M.Eng.) Course .

Training to be a photographer takes four years in Switzerland.

In addition to the apprenticeship as a photographer, there is also the possibility of training to become a qualified photo designer , a higher technical examination . The training lasts three years, two of which are internships, and is particularly aimed at career changers. Relevant previous education (especially the apprenticeship as a photographer) can be taken into account.

In Austria photography has been a free trade since December 2013 ( Federal Law Gazette I No. 212/2013 ). Anyone can practice the trade of professional photographer by registering a business.

There are the following academic courses in Vienna:

The professional practice must be reported to the Chamber of Crafts, which has to keep a separate list in accordance with Section 19 HwO. The prerequisite for entry in the trade register is that the activity is carried out as a trade and is recorded in the list (Appendix B, Section 1 of the Crafts Code).

Since January 1, 2004, in Germany, according to Annex B of the Crafts and Trades Code, the profession has been one of the professions not subject to admission (Section 18, Paragraph 2), which means that professional photography can also be practiced without evidence of a master craftsman's training. Due to the amendment of the Crafts Code, self-taught people are also allowed to practice commercial professional photography. Without an apprenticeship qualification, however, you may call yourself a photographer , but you may not train (HwO). This does not affect the journalistic or artistically active picture makers.

In Austria, the designation professional photographer has been one of the independent trades since December 18, 2013, after the Constitutional Court ruled on November 27, 2013 that the previously applicable § 94 Z 20 GewO 1994 (regulated trade professional photographer) for violating the right to freedom of Employment was unconstitutional. In the age of digital photography, it would no longer be possible to restrict the trade due to the reasons that once led to the restriction (such as the use of chemicals).

Thanks to the digital development of technology (such as camera technology and image processing programs) and the associated possibility of taking good photos even as an amateur, there are more and more ambitious amateur photographers. Some of them publish their photos on the Internet on platforms such as Flickr or Instagram . Many amateurs also take part in photo competitions to show their skills. In photo competitions, there are hardly any qualitative differences between the photographs of professionals and amateurs.