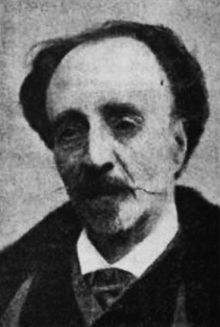 The son of the carpenter Jacques-Joseph Moineau became a stenographer in the Palace of Justice in Paris. From 1853 he wrote a number of successful vaudevilles. This was how Jacques Offenbach became aware of him, for whom he wrote Les Deux Aveugles . As a columnist for the Gazette des Tribunaux and the Charivari , he published biting time-critical satires.

In 1866 his play Les Deux Sourds was premiered at the Parisian Théâtre des Variétés . During the Franco-Prussian War in 1870 he volunteered for the National Guard. While patriotic plays ran in most Parisian theaters, the Folies-Dramatiques performed his comic opera Le Canard à trois becs, set by Émile Jonas, with great success.

In 1871 the Éditions Lachaud published his buffo opera Le Testament de Monsieur Crac , set to music by Charles Lecocq , which was premiered in 1874 at the Théâtre des Bouffes-Parisiens . Between 1881 and 1888 he published a five-volume collection of his writings under the title Tribuneaux comiques . In 1886 the Éditions Jules Lévy published Le Bureau du Commissaire with a foreword by Alexandre Dumas and one hundred and thirty illustrations by Louis-Charles Bomblet , and two years later Les Gaietés bourgeoises .

Two years after Moinaux's death, a street in Tours was named after him. His son Georges became known as a writer under the name of Georges Courteline .