This article explains the publishing brand of the evangelical SCM publishing house ; for other meanings (e.g. the encyclopedia published by another publisher) see Brockhaus .

SCM R. Brockhaus is a publishing brand of the SCM-Verlag of the Christian Media Foundation , which emerged from the R. Brockhaus Verlag . 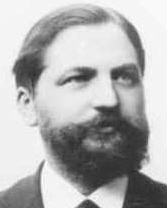 The history of the publishing house began in Elberfeld (today in Wuppertal ) in 1853 with the publication of the magazine Der Ambassador in der Heimath and the song book Small Collection of Sacred Songs by Carl Brockhaus (1822–1899), the founding father of the Brethren Movement in Germany. Other writings followed, including the Elberfeld Bible from 1855 . Rudolf Brockhaus (1856–1932), the founder's son, started the publishing house in 1894 under the name “R. Brockhaus Verlag Elberfeld "entered in court for the first time (when the two cities of Elberfeld and Barmen were merged in 1928, the name of the publisher was changed to" R. Brockhaus Verlag Wuppertal-Elberfeld "). Until 1937 the publishing house was firmly rooted in the "closed" part of the German Brethren Movement and could be regarded as their official community publisher.

After Rudolf Brockhaus' death in 1932, the third generation of the publishing house was taken over by his son Wilhelm Brockhaus (1882–1964). The prohibition of the “closed” congregations in 1937 and the merger with the “open” congregations in the same year and with the Baptists in 1941 led to a first opening to literature from outside the Brethren movement. During the Second World War in 1943, the publishing house with all its stocks fell victim to the air raids on Wuppertal .

After the end of the war, Wilhelm Brockhaus began to rebuild. In 1949 he handed over the management of the publishing house to his son Rolf Brockhaus (1909–2001), who considerably expanded the offer in the following years, taking into account authors from the entire evangelical spectrum, so that the character as a community publisher of the Brethren movement largely faded into the background. During this time the comment series was Wuppertal Study Bible started (ed. By Fritz Rienecker and Werner de Boor , from 1953), the Encyclopedia of the Bible published (ed. By Fritz Rienecker, 1959-60) and a sweeping revision of the King James Bible tackled which were completed in 1974 (New Testament) and 1985 (Old Testament).

In 1970 the publishing house moved to Haan-Gruiten , but continued to operate under the name “R. Brockhaus Verlag Wuppertal ”. In 1974 there was another change in the management: Ulrich Brockhaus (* 1936) took over the company in the fifth generation.

When, in 1998, there was no longer a successor from the Brockhaus family, the company merged with the Bundes-Verlag in Witten and, in 2000, both publishers joined the Christian Media Foundation . In 2004, the R. Brockhaus Verlag moved together spatially with the Bundes-Verlag. From 2006 the former managing director of ProChrist , Frieder Trommer , was managing director of all publishers, companies and bookshops of the Christian Media Foundation.

At the beginning of 2007 the publishing house went on together with the Hänssler-Verlag , the Oncken-Verlag and the ERF-Verlag in the SCM-Verlag . Today SCM R. Brockhaus is part of the SCM publishing group .

Within the framework of the Theologische Verlagsgemeinschaft (TVG), SCM R. Brockhaus cooperates with Brunnen Verlag with the aim of publishing publications from the spectrum of evangelical theology.