A singing academy - originally a peculiarity of the German-speaking area - describes a larger mixed choir association , the actual purpose of which is to first study large, important musical works - mostly oratorios by well-known masters - in an internal circle, to educate oneself and to cultivate an upscale sociability. The organization of public concerts was of secondary importance. 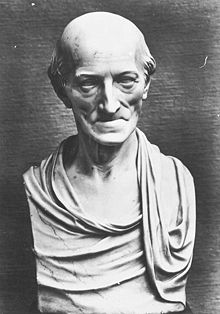 At the beginning of the 19th century, singing academies were founded in many German cities. The formation of such associations was closely related to the development of a bourgeois musical life. The first Singakademie - the Sing-Akademie zu Berlin - was founded by Carl Friedrich Christian Fasch in 1791.

The name Singakademie is originally associated with the history of this world's first mixed choir and came about after the Berlin Choir Association under Fasch moved its rehearsal room from private rooms to the Royal Academy of Arts in 1793 .

Singakademie or Sing-Akademie is also - because of the reference to the builder and owner Sing-Akademie zu Berlin - an often used term for the Sing-Akademie building in which the Maxim-Gorki-Theater Berlin is playing today.