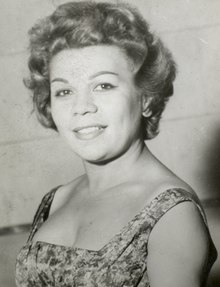 Fonseca grew up in Natal , where she performed early and married the musician Naldimar Gedeão Delfim. In 1941 the couple moved to Rio and Fonseca appeared on Renato Murce's show Papel Carbono ; the following year she had a first hit with Tico-Tico no Fubá with the band of Benedito Lacerda. In 1943 she recorded Apanhei-te, Cavaquinho and Urubu Malandro , which led to a successful career as a singer. In 1944 she got a contract with the radio station Rádio Tupi in Rio de Janeiro; In 1945 she played the Polka Rato, Rato , which is considered a classic of the choro genre and earned her the title Rainha do Choro . Accompanied by Garoto and Conjunto Bossa Clube , she recorded other choro titles such as Sonhador, Celestial and Meu Cavaquinho . After the decline of choro in the 1940s, she only had success again in the 1950s with Brasileirinho and Teco-teco , accompanied by Waldir Azevedo . In 1952 she performed in Paris with Severino Araújos Orquestra Tabajara . A number of albums were made by 1955, and she appeared on broadcasts of the Rádio Nacional . In 1964 she went on tour in Portugal and Spain with the singer Jamelão. Fonseca had successful appearances with her old hits in shows at the Teatro Opinião in 1970; In 1975 the album Top Tape was released .