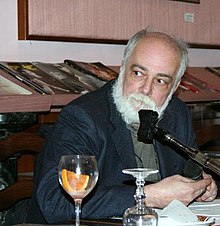 Castelli began his comic career in 1965 when he became editor of Kolosso magazine and wrote for Diabolik Scheletrino . A year later he founded the Fanzine Comics Club 104 . In the following years he wrote numerous scenarios for comics and was represented in numerous comic magazines, such as Corriere dei Ragazzi , of which he was an editor from 1972 to 1976, and Pif . In the 1970s, for example, he wrote numerous scenarios for illustrators such as Carlo Peroni and Daniele Fagarazzi . In addition, Castelli also wrote for several television series. At the beginning of the 1980s he created his most successful figure to date with the figure of Martin Mystère .

In German, Castelli published the comic Der Schneemensch, drawn by Milo Manara, from the series Ein Mann an Abenteuer and, under the title Gentlemen GmbH, some adventures from his series Gli Aristocratici . Also in German published The Strategy of Tension - A bunch of bombs ( bahoe books , Vienna 2015), a political comic examination, which he edited together with Milo Manara and Mario Gomboli.