Beatrice Potter is a redirect to this article. For the writer and illustrator, see Beatrix Potter . 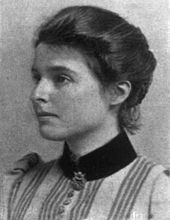 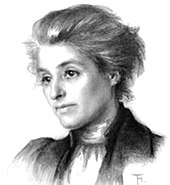 Webb was born the second youngest of nine daughters of industrialist Richard Potter (the only son died when he was three). Her educated and unprejudiced father gave her the opportunity (including private tutors) to acquire a broad humanistic education. After touring the slums of Soho and visiting poor relatives in Wales, where in 1883 she had learned about the oppressive lot of workers in the spinning mills, she decided to become a social researcher. She became an employee of her cousin Charles Booth , who from 1886 created the Enquete Life and Labor of the People of London . After an affair with the Liberal MP Joseph Chamberlain , she improperly married in 1892 the civil servant and Fabian Sidney James Webb . The marriage remained childless. The Webbs could live on Beatrice's inherited fortune and devote themselves to research.

As Beatrice Potter, she published the book The Cooperative Movement in Great Britain (1891), which was later translated into Russian by Lenin . After the marriage, she usually published together with her husband, which is why both are often mentioned in the same breath. After he was raised to the nobility as Baron Passfield in 1929 , she refused to be called Lady Passfield . Webb was very active in the Fabian Society . In 1895 she co-founded the London School of Economics and Political Science and the political journal The New Statesman, which still exists today . After a visit to the Soviet Union , the Webbs wrote a book of praise and defended the Stalinist repression in several articles. In 1931 she was elected a member ( Fellow ) of the British Academy .

Her nephew, Stafford Cripps , became a prominent British Labor politician in the 1930s and 1940s.