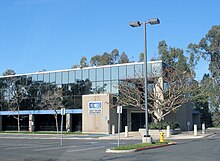 Daybreak Game Company is a computer game developer that belongs to the investment firm Columbus Nova . On February 2, 2015, Sony announced that its developer studio Sony Online Entertainment ( SOE ) had been sold and that it had been renamed Daybreak Game Company. The Daybreak company focuses on the development of massively multiplayer online role-playing games (MMORPG). The best-known products include the games EverQuest and its successor EverQuest II , as well as PlanetSide and its successor PlanetSide 2 . However, other SOE games such as Vanguard: Saga of Heroes , and Star Wars Galaxies have been discontinued or not revived.

Due to the great success of Ultima Online , one was sure to have great success with an MMORPG. For this reason, John Smedley was commissioned to develop a competing product that would later become the popular EverQuest , the first online role-playing game with 3D graphics. It was published in March 1999 and absorbed Verant by SOE in 2000. EverQuest became a huge success and was also able to keep itself alive through numerous add-ons.

In April 2000, Ultima Online co-founders Raph Koster and Rich Vogel were hired to begin developing an MMORPG in the Star Wars universe. Star Wars Galaxies was released in 2003 and reached a subscriber base of 300,000 players. However, the game never increased that number. Over time, the pressure on SOE from numerous competing products and criticism of poor support increased. Also Lucasfilm criticized SOE, because they were not satisfied with the way the game developed. This was followed by expansions from Star Wars Galaxies such as Jump to Lightspeed and Rage of the Wookies , and SOE tried numerous patches to improve the game.

In November 2004, the sequel to Everquest , EverQuest II , was published, which, however , had to fight very hard with the competitor World of Warcraft .

Despite little market success, SOE announced in May 2007 the purchase of the recently released Vanguard: Saga of Heroes .

In August 2008, Sony Online Entertainment presented three new MMORPG projects at the company's annual Fan Faire : The Agency , DC Universe Online and Free Realms, which is tailored to a younger target group . While Free Realms was released on April 29, 2009 and DC Universe Online on January 11, 2011, The Agency should follow at the end of 2011. SOE also announced that these titles will also be released for PlayStation 3 in Europe . This is made possible by an agreement made between SOE and SCEE .

At the end of March 2011 it was announced that SOE would be closing its three locations in Denver, Seattle and Tucson, thereby laying off around 200 employees. Furthermore, the development at The Agency was discontinued and in the course of restructuring measures the focus on the already established brands EverQuest and Planetside was announced. Online games that are already running should not be affected by the company's own statements. As announced on May 3, 2011, Sony Online Entertainment was also affected by the hack and data theft on the PlayStation Network . The data was stolen from up to 24.6 million customers of the game service. Sony then also temporarily took this service offline. In June 2011, SOE announced the closure of Star Wars Galaxies, which took place in December 2011. The reasons given were the expiry of the license with Lukas Art in 2012 and the upcoming release of the Bioware competing product Star Wars: The Old Republic .

In June 2012 it was announced that SOE would relocate Wizardry Online outside of Japan. It came on the market in January 2013, but was unable to attract any significant players and was closed in 2014.

In 2012, after a long period of very low update frequency, the monthly fee for Vanguard was canceled and the game was free-to-play. However, this could not increase the number of players in the long term. In January 2014, the closure of Vanguard for July 2014 was announced and implemented accordingly. The closure of two other games, Free Realms and Star Wars: Clone Wars Adventures was also part of this press release.

The game H1Z1 was announced in 2014, and an early access version has been playable since January 2015 .

On March 11, 2016, Daybreak President Russell Shanks announced that the development of Everquest Next had been discontinued. The reason was that the developers were no longer satisfied with the game and thus could not meet the high expectations of the players.

In February 2015, Sony sold its subsidiary together with the MMO licenses ( Planetside 2 , Everquest Next , H1Z1 ) to the investment company Columbus Nova (including Rhapsody ). The company was renamed Daybreak Game Company in the course of this. 140 employees were laid off in the course of the subsequent restructuring. Daybreak announced that it would now take over development work on Everquest Next for the AI ​​/ story system "Storybricks" that had previously been carried out externally. In March 2016, the discontinuation of development work on Everquest Next was announced on the grounds that Daybreak did not have enough funds to develop the necessary technologies for Everquest Next to be fun.

In July 2015, John Smedley, who had been with the company since the development of Everquest, stepped down as managing director - to announce the establishment of a new company in August.

The game H1Z1 has been split into H1Z1: King of the Kill, which will further develop the everyone-versus-everyone module of H1Z1, and H1Z1: Just Survive, which focuses on the survival module of H1Z1. Previous plans to make H1Z1 available for free have been revised and both made available for a one-time fee.