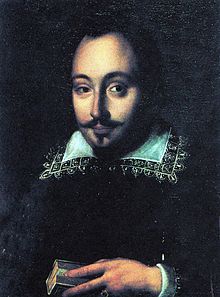 Cesi's family belonged to the high aristocracy of Rome, his mother was born Orsini , his father Federico Cesi Marchese di Monticelli (1562-1630) became 1st Duca d'Acquasparta (Duke of Acquasparta) in 1588. Federico received thorough training from private tutors. His interest in the natural sciences showed up early on. He was of the conviction that nature should be explored through direct observation and not - as was previously the case at universities - according to the writings of Aristotle and other ancient authors. Cesi's father did not agree with his son's scientific ambitions, but Federico received moral and financial support for his projects from his mother.

In 1603, at the age of eighteen, Cesi founded the Accademia dei Lincei, which would soon enjoy an excellent reputation. The founding members were besides Cesi the mathematician Francesco Stelluti , the Dutch physicist, astrologer and alchemist Johannes van Heeck and Anastasio de Fillis . The members lived in a close shared apartment in the Cesis house. There was a library and modern work equipment such as B. already the microscope , for scientific investigations.

In Rome the academy was viewed with suspicion by the curia and the aristocracy, the members were accused of practicing black magic , suspected of deviating from church doctrine and generally suspected the worst of their way of life. One therefore had to constantly fight against intrigues until Heeck was finally forced to leave Rome. The other members were also temporarily dispersed in different places. However, Cesi kept in touch with everyone by letter.

During a trip to Naples, Cesi met the scholar Giambattista della Porta and decided to found a branch of his academy in Naples, of which della Porta became a member in 1610. Other members were Cardinal Francesco Barberini , a nephew of the future Pope Urban VIII , and his secretary Cassiano dal Pozzo . In 1611 Galileo Galilei became a member. Some of his writings have been published by the Academy. In the same year Cesi began the project to collect and systematize the fossils found on his Acquasparta estate in Umbria , the first company of its kind known in European history of science. After his death, the results were published by Stelluti. The carefully executed and detailed drawings of the fossils were later received by Cassiano dal Pozzo's Paper Museum .

In its heyday, the academy had 32 members. With the death of its founder in 1630, it lost its importance. After eventful fortunes, it was in 1840 by Pope Gregory XVI. initially closed, but revived soon afterwards.

Federico Cesi married Artemisia Colonna in 1614 , a daughter of Francesco Colonna Principe di Palestrina († 1636) and Ersilia Sforza , who died after only two years without children. In the same year, 1616, he married Isabella Salviati , daughter of Lorenzo Salviati Marchese di Giuliano and Maddalena Strozzi . In 1623 the first son Federico was born, who died three days after his birth. In 1626 a second son was born, who also died shortly after birth. One of the two daughters became a nun in Rome and the other married Marchese Ludovico Lante della Rovere first and Paolo Sforza Marchese di Proceno in 1642 .