The Metrawatt International GmbH is the parent company of Messtechnik group, based one in Nuremberg, global provider of electronic capital goods. Under its umbrella operate under others, the GMC-I Messtechnik GmbH , Nuremberg, as a world leader in test and measurement instrumentation, the Camille Bauer Metrawatt AG , CH-Wohlen, which deals with industrial measurement and control systems or the Global Power Technology Inc. with the operating companies Dranetz, Daytronic and Electrotek Concepts in the USA, which specialize in network quality and analysis. Gossen Photo- und Lichtmesstechnik GmbH , which produces industrial light measurement technology, also belongs to the group .

Production takes place in Nuremberg , in Wohlen and, since the takeover of Dranetz, also in the USA . There are also sales companies in Italy , the Netherlands , the Czech Republic , Switzerland , Austria , France and Spain .

Originally owned by the BBC / ABB , then the Röchling Group , the company has been owned by private equity investors since 2005 . In June 2011, the previous shareholder sold Capiton to the M Cap Finance fund.

The company was founded in 1906 in Nuremberg, Deichslerstraße 19, by Siegfried Guggenheimer . The purpose of the company was the development, production and sale of electrical measuring devices. In 1921 the company was converted into a stock corporation and renamed Metrawatt AG in 1933. In 1960 a branch was founded in Furth im Wald . In 1968 the BBC took over the majority of the company. In 1973 the company moved to Nürnberg-Langwasser as BBC Metrawatt GmbH . In 1988 the companies ASEA and BBC merged to form ABB. All company holdings now carried ABB in the name; This is how BBC Metrawatt became ABB METRAWATT GmbH. In 1990 the production facility in Furth i. Forest sold. In 1991 550 employees of the company achieved a turnover of 110 million DM, 8% of the turnover was made up of expenditures for research and development. In 1992 the Röchling Group took over the majority of the company. 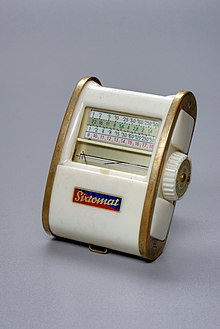 Messgeräte P. Gossen & Co KG was founded in 1919 as a factory for electrical measuring devices in Baiersdorf by Paul Gossen . In 1920 the company moved to Erlangen. In 1940 the measuring devices P. Gossen & Co KG were converted into P. Gossen & Co GmbH. In 1943 the company moved into the factory premises on Nägelsbachstrasse. In 1959 the branch in Eschenbach in Upper Palatinate was opened. In 1963 70% of the company shares went to Bergmann EW AG and 30% to Siemens & Halske AG . In 1965 Bergmann EW AG took over all company shares. In 1969 the company was transformed into Gossen GmbH. The Röchling Group took over Gossen GmbH in 1990. In 1991 the company had 900 employees with a turnover of 116 million DM. 11% of turnover is spent on research and development .

Both forerunner companies, Gossen and Metrawatt, had exposure meters for photographic applications in their product catalog since the 1930s ; was known to a wider public, particularly in the 1950s and 1960s, the brand Gossen by the models Sixon, Sixtomat, Sixtomat x3 (with selenium cell ) and Sixtomat electronic , Sixtar and Lunasix (with CdS - photoresistor ) for amateur photography . Metrawatt presented since 1950 to specifically address the needs of the Leica M tailored models Leicameter ago. Only the integration of the exposure meter into the cameras , especially the technology of exposure metering through the lens , made these devices largely superfluous.

In 1997 the “Photo and Light Measurement Technology” division was spun off from GOSSEN-Metrawatt GmbH and established as an independent unit with the three business areas of photography, light measurement technology and medical technology.