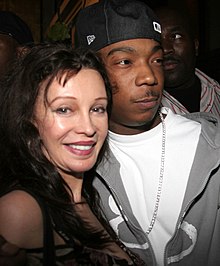 Ildikó Jaid Makó, the real name of the actress, was born in 1946 as the daughter of a Hungarian couple in an Allied camp for " Displaced Persons " outside Munich. She later moved to the United States. Here she met the actor John Drew Barrymore in the 1970s , whom she also married a short time later. The common daughter Drew Barrymore comes from this connection . A short time later, the couple separated again.

Jaid Barrymore began to work as an actress in the early 1980s and sometimes played alongside her better-known daughter Drew, but she never came close to her success. She caused a sensation in September 1995 when she had herself photographed for the US edition of Playboy and appeared on the cover of men's magazine - eight months after her daughter Drew posed for the magazine.