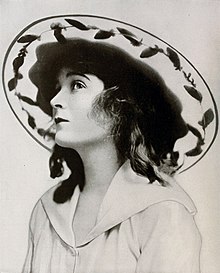 Her film career spanned over 55 years. Mae Marsh came to Los Angeles in 1906 and attended a convention there. Her film career began in the early 1910s when she began acting for the American Biograph , directed by DW Griffith . As an extra , she first appeared there in Griffiths The Lesser Evil (1912) and got her first leading role in his film Man's Genesis (1912). In the following years Mae Marsh became part of the actor- star ensemble of the American Biograph around Mary Pickford , Blanche Sweet , Lionel Barrymore , Lillian Gish , Henry B. Walthall , Donald Crisp and Robert Harron . She was often cast as a partner with Harron.

In The Birth of a Nation (1915) Marsh starred alongside Lillian Gish as Flora Cameron - the little sister waiting for her brothers to return from the Civil War - and in Intolerance (1916) she was "Little Dear One" - a boy Woman whose baby is taken away by radical Puritan child rights activists after her husband was convicted of murder. Both roles are among Mae Marsh's most compelling acting performances.

In 1916 she moved to Samuel Goldwyn for a weekly fee of $ 2,500 , without being able to build on her previous film successes. She married Lee Arms, a publicity manager at Goldwyn, in 1918 and reduced her film work. In 1920 she made her stage debut with the comedy Brittie . Her last film role under Griffith was in The White Rose in 1923 . In the 1920s she was also active in Europe, especially in England. She played the leading female role in Karl Grunes Arabella in Germany in 1924 . During the sound film era, she mainly appeared in supporting roles. John Ford in particular liked to cast her as a supporting actress in his classic westerns from the 1940s. Her last film appearance was in 1964 in the Ford film Cheyenne Autumn . Marsh was honored with a star on the Hollywood Walk of Fame at 1600 Vine Street. In 1921 she published a book called Screen Acting .