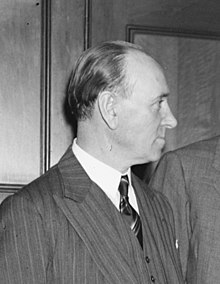 MacWhite was an adventurer and traveled to Central Europe , Scandinavia and western Russia in his youth . He studied in Denmark , worked as a newspaper correspondent and fought in the Bulgarian army in the First Balkan War of 1912.

In 1913 he joined the French Foreign Legion and fought on battlefields in France , Greece and Turkey . Wounded in Gallipoli and Macedonia , he received the Croix de guerre three times for his bravery. Because of his military merits and the prestige he gained, MacWhite was entrusted with the management of the French military delegation to travel to the United States and support the fourth sale of Liberty Bonds .

After World War I , he returned to Dublin and supported his old friend Arthur Griffith . In January 1919 MacWhite was sent to Paris by Harry Boland . With them the Irish Declaration of Independence , the Provisional Constitution and the Democratic Program . Once there, he managed to publish the documents. At the same time he became the Paris correspondent for United Irishman and Arthur Griffith's Young Ireland newspaper . The envoy George Gavan Duffy offered MacWhite the post of secretary to the Irish delegation at the 1919 Peace Congress in Versailles .

In 1921 MacWhite was sent to Geneva as a representative of the Dáil Éireann to the newly formed League of Nations . After the Irish Free State was admitted into the same, MacWhite was appointed Ireland's first permanent representative to the League of Nations in 1923. In 1929 MacWhite became the new Irish envoy to the United States . As envoy, he endeavored to deepen relations between the two states. His next post took him to Rome in 1938 . After the beginning of World War II , MacWhite looked after the Irish citizens in Rome, many of whom were clergy .

In 1950 MacWhite, who had the rank of ambassador, left the diplomatic service and retired. He died in 1958 and was buried in Glasnevin Cemetery . His son, the archaeologist Eóin MacWhite , later also worked as a diplomat.