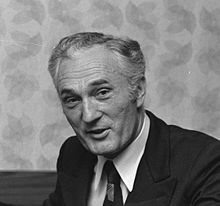 From 1971 he was under contract with Spanish football clubs in Athletic Bilbao , FC Málaga and Celta Vigo and with the traditional Portuguese clubs Benfica and Sporting Lisbon . After the Waterschei bribery scandal , Pavić returned to Standard Liège in 1985. He was temporarily replaced by the coach Helmut Graf, but in 1987 a contract extension at Standard followed.

The coach Pavić was internationally recognized as a tactician and supporter of the direct short passing game.