The Athletic Club , known in German-speaking countries as Athletic Bilbao , is a football club from the Basque Country in Spain that plays in the Primera División .

Since the league was founded in 1928, the Primera División has consistently been top notch and has won the championship eight times. Athletic is in fourth place in the “all-time table” and, alongside Real Madrid and FC Barcelona, ​​is the only team that has never been relegated. The Spanish Cup ( Copa del Rey ) has been won 24 times; only in 2009 this record was exceeded by FC Barcelona.

The nickname of the players in Spain "Los Leones" ( the lions ) is derived from the patron saint of the stadium " San Mamés ", the Holy Mamas . Mamas was a Christian whom the Romans threw the lions to eat. However, the lions did not eat Mamas and left him unharmed, which is why he was later canonized. The San Mamés was built next to a church and is therefore also called the “cathedral of football”.

Athletic Bilbao stands for the policy of only using players who either come from the Basque provinces of Bizkaia , Gipuzkoa , Álava and Navarra (all Spain), Labourd , Soule and Nieder-Navarra (all France ) or in the youth of a football club from these provinces were trained. Bilbao's players show great loyalty to the club and sometimes spend their entire career in red and white jerseys ( Rojiblancos ).

The football was in Bilbao introduced by two different groups of young players, both connections to the "motherland of football" ( England ) were: British Steel and shipyard workers and Basque students returning from British schools.

In the late 19th century , Bilbao was one of the most important port cities in Spain and, with its mines and shipyards, one of the most important industrial regions in the country. The city was a motor of the Spanish economy and therefore attracted a large number of foreign workers. These included many miners from the north-east of England and shipyard workers from Sunderland , Southampton and Portsmouth . These British workers brought football with them and founded the Bilbao Football Club in the early 1890s . Meanwhile, Basque students went the opposite way, went to the UK to where universities to visit. Here they came into contact with football, which they imported after their return. In 1898, students at the Zamacois grammar school founded the Athletic Club , based on the English spelling.

In 1902, both clubs sent a joint team (called Vizcaya ) into the race for the first ever Copa del Rey . They returned with the trophy after defeating FC Barcelona in the final. That is why it was decided in 1903 to merge both clubs to form the Athletic Club . 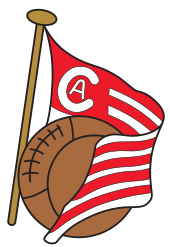 In 1903, the newly founded Athletic Club again won the Copa del Rey and was declared the winner the following year after the opponent Club Español de Madrid had not started. After another victory in 1911, Bilbao won the cup three times in a row between 1914 and 1916. The star of this team was the legendary striker Pichichi , who scored the first goal ever in San Mamés on August 21, 1913 and followed a hat trick in the final of the 1915 Copa del Rey . Today the best goalscorer in the Spanish league receives the trophy named after Pichichi ( Pichichi Trophy ). In 1912 the rule was brought into being, according to which only Basques are allowed to play for the team.

When the Primera División was launched in 1928, three other Basque teams took part alongside Athletic: Real Sociedad , Real Unión Irún and Arenas Club de Getxo . When Deportivo Alavés followed suit in 1930 , five out of ten clubs in the league were from the Basque Country. In 1929 the Englishman Fred Pentland took over the coaching position at Bilbao for the second time (first time from 1921 to 1927) and revolutionized the team by teaching it the short passing game. He led the team to two Double -Siegen 1930 and 1931 and four victories in the Copa del Rey between 1930 and 1933. During this time, the FC Barcelona at 12: 1 was added to the heaviest defeat ever. After two more championship titles in 1934 and 1936 , Bilbao had taken first place four times in the first eight years of the league.

After a decree by the Spanish dictator Franco , the club had to change its name to Atlético Bilbao in 1941, as foreign names were banned in the league. In the same year, Zarra made his debut, the best goalscorer in the club's history. In thirteen years he scored 333 competitive goals. Another great player of that era was José Luis Panizo . In 1943 the team won another double, in 1944 and 1945 the trophy (now Copa del Generalisimo).

In the fifties, the club was able to come up with the legendary attack series around Zarra , José Luis Panizo , Rafael Iriondo , Venancio Pérez García and Agustín Gaínza . After Ferdinand Daučík, one of the best coaches in the country, took over Athletic, other titles were not long in coming: Double 1956 , Cup 1955 and 1958.

In the 1960s and 1970s, Madrid and Barcelona dominated Spanish football, while Bilbao found themselves mostly in the middle of the table. Only the Copa del Generalisimo could be won twice in 1969 and 1973.

Return to Athletic Bilbao and politicization

In December 1975, Bilbao faced local rivals Real Sociedad from San Sebastián . Took before kickoff Bilbao goalkeeper legend Jose Angel Iribar and sociedads captain Ignacio Kortabarria the Ikurriña (flag of the Basque Country) and put them solemnly in the Anstoßpunkt. This was the first public display of the flag, which had been banned for 40 years, after Franco's death.

Another milestone in the club's history was the participation in the final of the UEFA Cup in 1977. On the way there, the team eliminated two top European clubs, FC Barcelona and AC Milan . However, they finally lost the final after 2-2 on aggregate due to the away goals rule against Juventus Turin .

In 1981, Javier Clemente became the new head coach, adding to the veterans Dani and Andoni Goikoetxea young players such as Santiago Urkiaga , Miguel De Andres , Ismael Urtubi , Estanislao Argote and Andoni Zubizarreta . It was an excellent mix because Bilbao could finally be counted among the top teams again. In 1983 the team became champions, and in 1984 even the double followed. Clemente played very defensively, for which he was heavily criticized, but which was effective. In addition, the Basques were known for their aggressive and tough game, which was particularly personified by the defender Goikoetxea. After Clemente's departure, many top players left the club; then no further important title could be won, although well-known and successful coaches worked in Bilbao, u. a. José Ángel Iribar , Howard Kendall , Jupp Heynckes or Javier Irureta .

The club tried in vain to build on the successes of the early eighties, which only roughly succeeded under Luis Fernández . He led the team to the runner-up in 1998 and thus to the Champions League for the first time . Fernández benefited from a relaxed personnel policy that allowed him to sign players who were trained in youth teams in Basque territory ( Patxi Ferreira , Biurrun ). For the first time, a Basque from the French part of the region was used with Bixente Lizarazu . As always, the youth department delivered an excellent individual player with Julen Guerrero .

The headquarters of the club, the Ibaigane Palace

After that, things gradually calmed down for the club from the Basque Country, which disappeared back into midfield of the league. Before the 2005/06 season Athletic had to accept the loss of the two top performers Asier del Horno and Santiago Ezquerro , who moved to Chelsea and FC Barcelona . Athletic was only able to save itself from relegation on matchday 37. Before the 2006/07 season , veteran Julen Guerrero ended his active career and moved to the coaching staff.

Since coach Javier Clemente did not agree with the purchased players, they split up and hired Félix Sarriugarte as their successor, who was replaced after half the season by José Manuel Esnal (Mané) because he could not achieve the necessary results. The club finally secured relegation only on the last day of the match with a 2-0 home win against UD Levante . The return of defender Asier del Horno before the 2007/08 season on loan from Valencia CF did not bring the desired success, so the purchase option was not used. Nevertheless, this season was ultimately more successful than the previous one, the qualification for the UI Cup was only missed on the last match day. With this season began the final breakthrough of Fernando Llorente , who had long been traded as a great storm talent , who finally scored eleven goals this season and became a key figure in Athletics' offensive game. In autumn 2008 he, like defender Andoni Iraola , was nominated for the first time for the Spanish national soccer team . At the end of the 2008/09 season they reached the final in the Copa del Rey, which they lost to FC Barcelona , previously champions and Champions League winners . This qualified the team to participate in the qualification for the newly founded UEFA Europa League, in which they qualified after games against Tromsø IL . In a group with FK Austria Wien , Werder Bremen - last year UEFA Cup finalist - and Nacional Funchal they finished second behind Werder and were eliminated in the round of 32 against RSC Anderlecht .

Exterior view of the new stadium

On June 25, 2010, construction began on the San Mamés Barria stadium, which since its completion in 2013 has seated 53,332 spectators. On May 9, 2012, the Basques were in a European Cup final for the first time since 1977. In the previous rounds they faced FC Red Bull Salzburg , Paris Saint-Germain and Metalist Charkiw (all group stages) and Lokomotiv Moscow (round of sixteen) as well as well-known opponents such as Manchester United (round of 16), FC Schalke 04 (quarter-finals) and Sporting Lisbon ( Semi-finals). In the first leg against Schalke 04 they converted a 1: 2 deficit in the last twenty minutes into a 4: 2. The team had to admit defeat to league rivals Atlético Madrid 3-0 in the final of the UEFA Europa League under their Argentinian coach Marcelo Bielsa .

In August 2014, the Basques qualified for the group stage of the UEFA Champions League for the first time since 1998 ; against SSC Napoli they prevailed in the play-offs.

Just as controversial as the exact date the club was founded is the origin of the club colors. The first jerseys were blue and white, but changed to red and white vertical stripes in 1910. Three different theories are put forward for this change:

Athletic was one of the last teams in European club football to play on the jersey without a sponsor. It was not until 2004/05 that jerseys with a green Euskadi print were used in the Copa del Rey and UEFA Cup . Sponsor was the Basque regional government (red, white and green are the national colors).

In 2008 the club's management finally abandoned this policy, and Petronor (subsidiary of the oil company Repsol ) pays more than two million euros in sponsorship money per annum.

With his goal to make it 2-0 on August 5, 2009 in the Europa League qualifier against BSC Young Boys, Iker Muniain is 16 years and 229 days old and youngest goalscorer in the history of Athletic Bilbao.

At the national level

Top 10 after appearances and goals

Clubs of the Spanish Primera División in the 2019/20 season