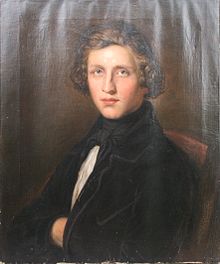 His father had to support a family of seven as a country school teacher with an annual salary of 56 thalers. The grandfather was also a teacher, but only gave lessons in winter and did tailoring in summer. The family moved to Vierlande near Hamburg. Nikolaus Heinrich was taught Latin by his father from the age of nine.

In 1846 the English company Malanis Crosskill & Co. opened the gas works in Hamburg, which four years later went into operation by the Hamburger Gas-Compagnie , a predecessor of the Hamburg gas works (HGW, "Hein Gas") founded in 1891 . In 1850 Schilling entered the service of this gas lighting company and, as a technical inspector for public “enlightenment” , got to know the production of town gas from coal . He successfully endeavored to introduce scientific methods into gas technology. So he and his colleague Hans Bunte at the Munich gas lighting company developed the “Munich generator furnace” for producing gas from coal.

Schilling published the journal for gas lighting and related types of lighting , of which he was editor and which was the first product of the Oldenbourg publishing house from 1858 .