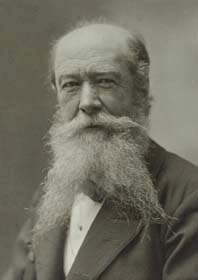 Kitzler is remembered primarily as the teacher of the famous composer Anton Bruckner , who studied free composition with him between 1861 and 1863 . During this time, Kitzler was employed as Kapellmeister at the Linz Theater. Based on the works u. a. From Hector Berlioz , Felix Mendelssohn Bartholdy , Robert Schumann , Franz Liszt and Richard Wagner , he explained the then modern methods of composition and instrumentation to Bruckner, who was almost ten years his senior, who was the cathedral organist in Linz . With the so-called study symphony, Bruckner successfully completed his teaching in June 1863 and subsequently developed into one of the most important symphonists in music history. Kitzler and Bruckner remained friends until Bruckner's death in 1896. His work “Funeral Music. In memory of Bruckner ”. At the age of 81, Kitzler ended his life on his own.