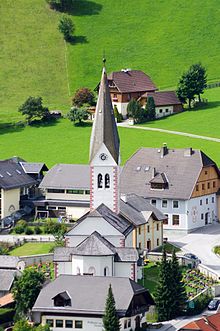 The three neo-Gothic altars were built by Vinzenz Pezzei (1910), they show sculptures from the Bachlechnerschule and pictures by the painter Josef Gold (1920/1921).