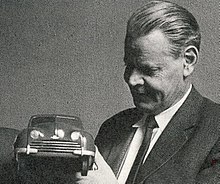 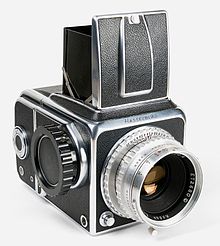 Sixten Sason was an enthusiastic draftsman from an early age . His father was a sculptor with his own company, where Sixten was an apprentice, which certainly had a positive influence on his later ability to render three-dimensional illustrations. At the age of fifteen, he made an illustration of a gasoline tank for the Husqvarna motorcycle factory . In later life he would receive many orders from Husqvarna.

In 1939 Sixten Sason was employed by the Swedish aircraft manufacturer Saab, where he became head of the drafting department. Sason had a unique talent for making so-called X-ray drawings of technical details for manuals and instructional material. When Saab began producing automobiles as a peace-building production facility after the end of the war, Sason had a permanent place in the design group and was involved in the creation of the " Ursaab ". As chief designer, he shaped all Saab models up to the Saab 99 , which came onto the market in 1967. The presentation was denied to him, Sixten Sason died shortly before, at the age of 55 years.

During his time at Saab, Sixten Sason met camera manufacturer Victor Hasselblad . Hasselblad was also looking for a post-war production after the company had built reconnaissance cameras for the Swedish Air Force. Together with Sason, Hasselblad developed "the world's first single-lens 6x6 reflex camera with interchangeable lens and magazine", the Hasselblad 1600 F , which was presented in New York in 1948.

In addition to Saab, Sixten Sason had two other major clients, Husqvarna and Electrolux . He designed household appliances, chainsaws, sewing machines and motorcycles for Husqvarna, and outboard motors, refrigerators and floor polishers for Electrolux.