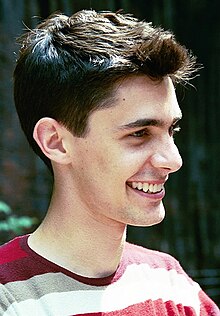 In 1994 Silverstone made its film debut in Cry into the Past by Mike Figgis . His most famous role to date was in the film Get Real - From Man to Man (1998). He plays the gay 16-year-old Steven Carter, who lives in the bourgeois small English town of Basingstoke and then gets to know and love John Dixon, who is at the same school, on the flap . This film adaptation of a coming-out story earned him a large fan base. In 2008 he starred in the movie Jump! (2008) starring alongside Patrick Swayze . In addition, he was often seen in theater roles, such as in The Tempest by William Shakespeare .

Silverstone studied at Cambridge University and now works as a lawyer at Matrix Chambers in London. He last worked as an actor in 2015 for the film MLE .