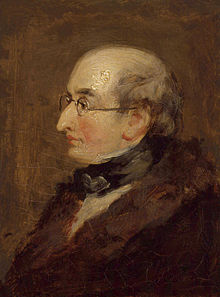 At the age of 18 Haydon became a student at the Royal Academy of Arts in London in 1804 . On the occasion of an exhibition he was able to successfully debut three years later with his painting “Maria und Joseph”. Since his artistic success was not a financial one for a long time, Haydon was sentenced to prison in 1826/27. As a perk he was allowed to paint while in prison. Among other things, the picture “The chairing of the members” was created here, which he painted almost congenially in the style of William Hogarth .

When the British King George IV paid 500 guineas for a painting , his financial situation hardly improved. Because of its parlous economic situation Haydon committed in 1846 with over 60 years on June 22 suicide .

After just a few works, Haydon had found his own style, for which his audience also praised him. Even the British King George IV bought some works; including “The mock election”. 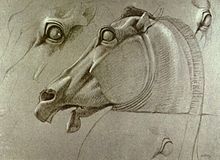 Head of the horse of Selene