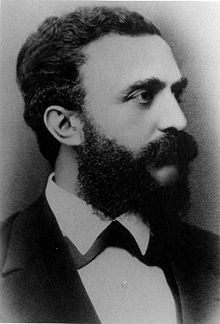 Carl Wilhelm (von) Heine (born April 26, 1838 in Cannstatt ; † September 9, 1877 there ) was a German-Austrian surgeon and president of the German medical profession in Prague.

Training and participation in the war

Carl Wilhelm Heine was born on April 26, 1838, the son of the doctor and orthopedic surgeon Jakob Heine in Cannstatt. After graduating from the Bad Cannstatt Gymnasium , he enrolled in medicine at the University of Tübingen in the winter semester of 1855 . He moved to Würzburg for a few semesters and returned to Tübingen for his doctorate in 1861. He passed the medical state examination in 1862 and then assisted his father for some time in the orthopedic institute in Cannstatt. He then traveled to other European countries. He visited u. a. Paris, London, Glasgow and Dublin. He reports on his experiences at British clinics in the correspondence sheet of the Württemberg Medical Association . Heine was a member of the Corps Rhenania Würzburg since 1857 and of the Corps Suevia Tübingen since 1862 .
Although the Kingdom of Württemberg was not involved in the Schleswig-Holstein War , Heine volunteered for service as a military doctor in Flensburg in 1864 and gained experience in "war surgery". He soon published these experiences as well (1866). For his services as a field doctor he was highly decorated by both coalition powers Prussia and Austria , whereby the Austrian order was a prerequisite for the later elevation to the hereditary knighthood.

University teacher in Heidelberg and Innsbruck (1865–1873)

In the winter of 1864/65 Heine went to Berlin, in 1865 worked as an assistant doctor and, after his habilitation, as a private lecturer in Heidelberg. Finally, in 1868, after the death of his teacher Karl Otto Weber, he became associate professor and head of the surgical clinic. When the medical faculty at the University of Innsbruck, which had been closed for years, was reopened in 1869, Carl Wilhelm Heine was offered the management of the surgical clinic and he quickly turned the clinic in the Austrian province into a widely recognized institution. During the Franco-Prussian War, Heine worked for a few months as the head of a field hospital of a Württemberg medical train in Nancy and was again honored with awards. 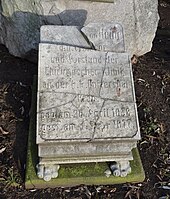 Heine's successes in Innsbruck prompted the Austrian government to commission him with a similar project in Prague. A second surgical clinic was to be established in Prague in 1873. With a larger budget than in Innsbruck, Heine was able to turn the clinic into an exemplary institute of European standing. At the same time, he took care of the Prague water supply and ensured better hygienic conditions. The German medical profession in Prague appointed him president in January 1877. As early as 1876 he became an Austrian citizen and thus, as a bearer of the Order of the Iron Crown, was raised to the hereditary knighthood of the Empire. In the summer of 1877, Heine fell ill with diptheritic angina and died on September 9th in his parents' house in Cannstatt at the age of thirty-nine. He is buried in the Uff churchyard in Cannstatt.