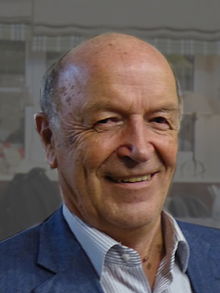 Christoph Zenger did his doctorate with Friedrich Ludwig Bauer on the subject of "Generalized sets of values ​​of matrices". At the age of 35 he completed his habilitation and was then appointed to the Technical University of Munich . There he became professor for computer science with a focus on scientific computing as well as full professor of the faculty. He retired in 2005, and the Technical University of Munich awarded him the honorary title Emeritus of Excellence.

Zenger works on a borderline between mathematics and computer science. He is primarily dedicated to researching partial differential equations and has written pioneering work on increasing the efficiency of "multilevel methods", which ultimately lead to the solution of linear equation systems with a significantly reduced number of unknowns without losing accuracy.

Another focus of his scientific work are engineering applications in computer science and high-performance computing.

In addition, he is a member of the “Working Group on Society Consulting / Future Issues” of the Union of German Academies of Sciences .