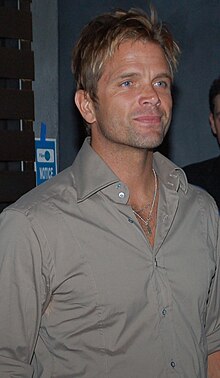 The son of a Turkish father and a Finnish mother studied political science in Maine . He began his television career in 1995 with the TV series Baywatch as Cody Madison , in which he succeeded David Charvet . From 1997 to 1998 he was in a relationship with Melrose Place actress Brooke Langton . In 1999 David Chokachi got out of Baywatch and in 2000 he took on the role of Jake McCartey in the television series Witchblade , which would last until 2002. In 2005 he starred in the television movie Crimson Force on US television.