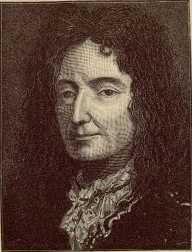 Henri Albert de La Grange d'Arquien (born September 8, 1613 in Calais , † May 24, 1707 in Rome ) was a French aristocrat who carried the title of Marquis d'Arquien , cardinal of the Roman Catholic Church and father of Marie Casimire Louise de la Grange d'Arquien , who was the wife of John III. Sobieski was Queen of Poland.

Henri Albert de La Grange d'Arquien was married to Françoise de La Châtre (1615–1672). There are two daughters from the marriage:

After the death of his first wife, Henri Albert married the also widowed Charlotte de La Fin de Salins, who had previously been married to François du Tillet († 1673).

On April 13, 1694, Henri Albert was accepted by King Louis XIV of France as a Chevalier in the Order of the Holy Spirit . His daughter, the Queen of Poland, was unable to obtain the title of Duke of France for her father, but it was at her endeavor that the widowed Henri Albert was given to Pope Innocent XII in 1695 . created cardinal, accepted into the college of cardinals in the consistory of December 12, 1695 and appointed cardinal deacon of the Church of San Nicola in Carcere in Rome in 1696 or 1699 . He took part in the conclave of 1700 . He was a cardinal without ever being ordained a priest .

Henri Albert de La Grange d'Arquien died very old at the age of 93 on May 24, 1707 in Rome. His tomb is in the Church of San Luigi dei Francesi , the French national church in Rome, and was created by the sculptor Pierre de L'Estache .