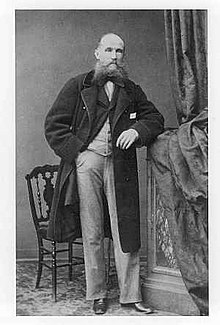 Fontana studied law at the University of Warsaw and was at the same time with Frédéric Chopin , with whom he had a lifelong friendship, a student of Józef Elsner . He joined the Polish November Uprising and had to leave the country in 1831. He initially stayed in Hamburg and settled in Paris in 1832 as a pianist and piano teacher. Between 1833 and 1837 he traveled extensively in England and France . In 1835 he took part in a concert in London with music for six pianists. 1844-1845 he worked as a pianist and teacher in Havanaand 1845–1851 in New York , where he married the widow Camilla Dalcour Tennant (1818–1855) in 1850. After her death in 1855, he returned to New York and settled as US Nationals naturalized .

Fontana composed numerous piano works and a few songs. Until his emigration to America he worked for Chopin as a copyist , arranger , secretary and impresario and after his death released his works from the estate. He was also active in literature and translated Cervantes ' Don Quixote into Polish .

Chopin dedicated the Zwei Polonaisen op.40 to him .

Deaf and impoverished , he killed himself in Paris by inhaling carbon monoxide . He was buried in the Cimetière de Montmartre cemetery .