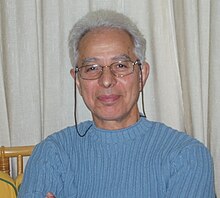 Born in 1940 in the village of Achna near Famagusta. He studied history and archeology in Athens and attended theater and radio lectures in Athens and Munich . Initially he worked as a high school teacher, today he lives and works in Nicosia , until recently as director of the cultural department of the Cypriot radio. He published his first poems in 1961. His latest collection of poems, Prüfstein, was published in 2000. Charalambidis' work, which is characterized by the explosiveness of its subjects and its modern style, has to be viewed as a complete work, because as he says: "We write a book".