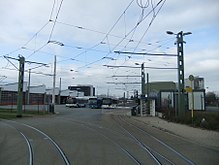 moBiel operates four StadtBahn lines (and four supplementary lines) as well as 72 bus lines (since taking over the BVO lines in November 2010 and including the night bus ). Since April 28, 1991, the Bielefeld StadtBahn has been running in the inner city for the most part in the tunnel, and extensive acceleration measures have been implemented on the surface sections. After that, the number of passengers increased by almost 70% to an initial 39.1 million per year. In 2006 these grew again by 1.2 million to 40.3 million. In 2008, 43 million passengers were carried by moBiel (excluding BVO). Due to the integration of the BVO network and the associated possibility of uniform counting, the number of customers in 2010 was 55.5 million, of which 32.14 million were accounted for by the StadtBahn. In 2016 there were 59.6 million (StadtBahn 34.54 million), in 2018 60.1 million passengers were counted.

In 2008 the company was rated in the public transport customer barometer by TNS-Infratest with a grade of 2.33 in global customer satisfaction, the best of all German transport companies. This top position in customer reviews was also achieved in 2009 (for the fourth time in a row). Most recently, moBiel took fifth place out of 42 transport companies in 2016 with the still very good overall rating of 2.35 and thus belongs to the top third of the best in the industry.

Until mid-2013 moBiel held a 12.2% stake in go.on Gesellschaft für Bus- und Eisenbahnverkehr mbH . This company took over numerous bus routes in the northern Gütersloh district in January 2009, including a. lines 62 ( Borgholzhausen - Werther - Bielefeld) and 88 Halle (Westf.) - Bielefeld. By taking over trips on these lines, moBiel was able to carry out trips in the region for the first time, thereby expanding the service area. Another go.on partner is the transport company of the Stötzel Group in Steinhagen ; MoBiel also held a 10.2% stake in this company.

At the railway moBiel was until the end of 2017 to 25% as a shareholder of WestfalenBahn GmbH involved and operational include the mountain railway Wiehe Bielefeld - Osnabrück - Bad Bentheim .

As part of a partnership agreement dated December 2, 2009, moBiel took on the planning and organization of BVO bus services within Bielefeld and to neighboring cities and communities. The BVO continued to provide buses and drivers for the lines in question - if journeys are not carried out as a contract service by private companies - as well as the workshop staff. By the end of 2018, the implementation of the offers should gradually be completely transferred to moBiel . After a Europe-wide invitation to tender by the Lippe district in 2012, this cooperation no longer exists for the lines towards Leopoldshöhe – Bad Salzuflen.