Operation Source was the name of a British Navy operation in 1943 that was directed against the German ships Tirpitz , Scharnhorst and Lützow during the Second World War and carried out with miniature submarines, so-called midgets . Half of the micro-submarines used went lost on the approach, one broke off the journey due to technical defects, and two reached the German battleship Tirpitz , which was badly damaged by explosive mines.

The Tirpitz in the arched bay

The Tirpitz moved to Norway in January 1942 and since then has threatened the route of the Allied northern convoys , including from the northern Norwegian Fættenfjord and later from the Altafjord, making it difficult for the British Admiralty to plan and carry out the convoys. Since the Royal Navy did not have a combat ship that could challenge the Tirpitz , an efficient and strong remote security from several large ships had to be organized and provided for each convoy, which tied up considerable forces and resources. This efficient position of the German ship - in accordance with the concept of fleet-in-being - later led the historian Roskill to the evaluative question: “... whether a single ship had ever had such a great influence on strategic planning at sea through its mere presence . “ In addition to the binding of the enemy ships, the use of which was necessary due to the constant threat of the convoys, the presence of the Tirpitz forced the British armed forces to devote a further substantial part of their sea and air force to their destruction. With the relocation, after repairs in the nearby Lofjord , from the Fættenfjord near Trondheim to the Kåfjord , a branch of the Altafjord, the ship finally got out of range of the British aircraft in March 1943. 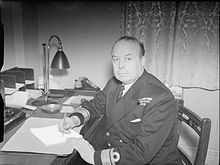 After an attack by manned torpedoes in the summer of the year was failed in 1943, as this fellow had fallen apart literally at ground contact with the jagged rock of the Norwegian fjords, planned the British Admiralty, the next attack by midget submarines of the X class perform to to let. Building on the concept of his Chief of Staff, LtCdr Davies, Sir Barry, commander of the British submarines, initially considered either towing the micro-submarines to their place of use by cutters or having them cover the route on their own using additional fuel tanks. In the end, he decided to deploy six S- and T-class submarines , each of which was supposed to tow one of the smallest submarines. Barry and Davies had also agreed to man each of the X-boats deployed with two crews: one who was on board for the crossing, and one who was initially on the large towing submarine and then into the midget on site switched and, rested, took over the attack. Adding all the crews of the twelve boats involved, the number of men deployed by Operation Source came to 400 men.

On the afternoon of September 11th, the small fleet set sail from Loch Cairnbawn, a narrow bay on the west coast of Scotland where the X-boats were stationed. 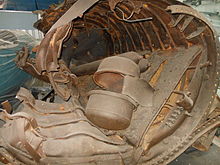 Three of the midgets were intended to attack the Tirpitz , two more were to attack the Scharnhorst and one the Lützow . The latter, the smallest submarine with the identification X 8 , had to be sunk after the defective explosive mines unexpectedly detonated when attempting to drop them and severely damaged the midget . One of the two boats intended for the attack on the Scharnhorst , the X 9 , was also lost on the approach when the connection to the towing submarine broke and the small submarine sank in the heavy seas with the entire transfer crew . The other midget reached the scene, but did not find the German battleship. The day before, the Scharnhorst had left the fjord for practice shooting and did not go to the usual anchorage after her return. Since the crew of the mini submarine had now also noticed numerous technical failures, the British commander decided to return to the submarine. X 5 , one of the small submarines attached to the Tirpitz , was probably lost due to an artillery hit by the battleship. Only two of the midgets sent out reached their destination and penetrated the Tirpitz's "net box" . The crews of these micro-submarines succeeded in laying explosive mines, so-called ground mines, below the hull. Since X 6 , which was called Piker by the crew , could no longer be trimmed efficiently after the weight loss by casting the mines, the commander Donald Cameron decided to let the crew disembark and abandon the boat. He and his crew surrendered to the German lieutenant in the guard, who in the meantime had arbitrarily placed the Tirpitz commander's launch under his command and headed for the micro-submarine. Also X 7 had positioned his explosive mines and tried to escape through the "power box" by controlled in the nets, but then veered with full force in order to tear the tissue. During these stressful attempts, the compasses and the depth gauge failed. When the boat accidentally broke through the water surface and German projectiles damaged the diving tanks, Commander Lt Basil Place decided to abandon the boat and surrender.

In the meantime, Captain Hans Meyer, commandant of the Tirpitz , had learned nothing of his four prisoners. But he had the hull searched for sticky mines and, in order to weaken or neutralize the effect of any ground mines, the ship was moved . The Tirpitz's war diary recorded two explosions that occurred around 10-12 minutes. In fact, there were four detonations, two of which were triggered at the same time. The explosions damaged the propulsion and fire control system so permanently that the Tirpitz could only be used again six months later. Six British people, including the commanders of the small submarines that attacked the Tirpitz and witnessed the explosion of “their” mines on board, were taken prisoner by Germany. Since none of the participants who had directly witnessed the completion of the operation returned, the British Admiralty was initially not aware of the success of Operation Source . The aerial reconnaissance only provided photos of the battleship struck: The Tirpitz was obviously in the middle of a puddle of oil at her old anchorage, although the other two ships of the association, the Lützow and the Scharnhorst , had changed positions. When a radio message was picked up in which Commander Meyer asked for the troop transport Monte Rosa with a large number of workers to be dispatched to the site for repairs, the British side realized that the Tirpitz - apparently unable to call at Trondheim , let alone return to Germany - had received significant damage. Lt Cameron and Lt Place, commanders of the two successful midgets , were awarded the Victoria Cross in February 1944 .

- Karl Dönitz , Commander in Chief of the Navy