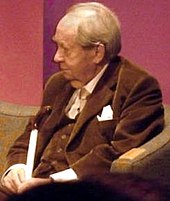 Peter Sallis graduated from the Royal Academy of Dramatic Art after his military service in World War II and appeared on the theater stage for the first time in 1946. Since 1947 he was seen in numerous productions, mostly for British television. He played from 1973 to 2010 the role of Norman Clegg in all 295 episodes of the BBC - sitcom Last of the Summer Wine . Sallis also voiced the plasticine figure Wallace from Wallace & Gromit in films, television series and video games.

On June 2, 2017, Sallis passed away peacefully with his family in Denville Hall, an old people's home for actors in west London, at the age of 96.