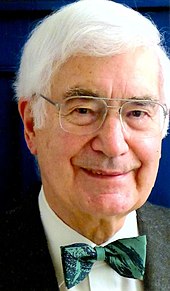 Vodosek studied history , German and philosophy at the Karl-Franzens-Universität Graz . He received his doctorate in 1963 and passed the state examination. From 1963 to 1965 he completed a second degree in Stuttgart with a degree in librarianship. Between 1963 and 1969 he was deputy head of the libraries in Linz . In 1969 he became a lecturer at the South German Librarian Training Institute in Stuttgart (renamed the University of Applied Sciences for Libraries in 1971) and from 1975 was a professor at the University of Applied Sciences for Libraries (renamed the University of Library and Information Science in 1995). From 1986 to 2001 Vodosek was rector of the University of Library and Information Science in Stuttgart and then between 2001 and 2002 in the founding rectorate of the Stuttgart Media University . He has been retired since 2004. He is an honorary professor at the Academy of Culture and Arts Kharkov ( Ukraine ), the Moscow State University of Culture and Arts and the Kazakh State Women's Pedagogical Institute in Almaty ( Kazakhstan ).