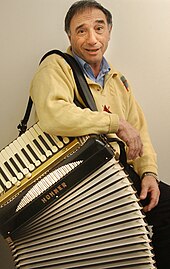 Rocco Granata (born August 16, 1938 in Figline Vegliaturo ) is an Italian pop singer , entertainer and actor . His most famous piece is Marina from 1959.

Rocco Granata was born in Figline Vegliaturo, Calabria , in 1938 . His parents moved from southern Italy to the Belgian coal mine in Genk . Granata worked there as a car mechanic and devoted himself to music as a hobby by playing with friends at local fairs. In 1957 they played a samba , the melody of which was particularly well received by the audience, and shortly afterwards Granata also wrote an Italian text for the song. He named it Marina (supposedly after an Italian cigarette brand called 'Marina' as inspiration) and initially began marketing the piece himself. The label EMI Columbia became aware of the song and the artist and released the song in 1959. Marina became a great success not only in Germany , also in the USA and Italy as well as in other European countries .

Granata had other hits and appeared in the 1960s with his own show in New York's Carnegie Hall . The film also got in touch and he acted as an actor and singer in several music films. Today he lives with his wife in Antwerp , plays golf and occasionally appears in nostalgic music shows. 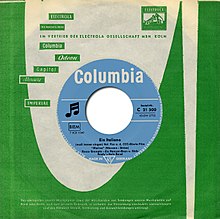