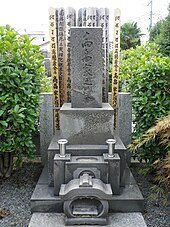 Takabatake was the son of a grain wholesaler in the Kanda district in Tōkyō. After finishing school, he enrolled in the economics faculty of Keiō Gijuku, today's Keiō University . But then he decided to follow his real wish, left the college without a degree and attended the Hongō Center for Western Painting ( Hongō yōga kenkyūjo ). In 1921 a picture of him was accepted at the 3rd Teiten exhibition.

In 1921 Takabatake went to France and continued his education in Paris at the Académie Lanson . It was the golden age of the Paris School in the 20th century, and Takabatake was influenced by Moise Kisling and André Derain . During this time he made friends with Tatsuno Yukata, the writer, Yamada Tamaki, the collector, and the critic Fukushima Shigetarō ( 福島 繁 太郎 ; 1895–1960). In 1928 Takabatake returned to Japan and showed pictures at the exhibitions of the Nika- kai ( 二 科 会 ) and the Kokuga-kai ( 国画 会 ). In 1921 he participated in the founding of the "Independent Society for Art" ( 独立 美術 協会 , Dokuritsu bijutsu kyōkai ), in which he was active before and after the Pacific War . An air battle scene from the war with the title "Bombing of Tinsukia in East India" is kept in the National Museum of Modern Art Tokyo, along with other pictures of him.

Takabatake's pre-war works are heavily influenced by Derain. When he was bombed out in Tokyo in 1945, he moved to his weekend house in Atami , a place where many Japanese sought refuge during the war, and painted landscapes there. In 1950 the “Plum Garden of Atami” ( 熱 海梅 園 , Atami baien ) and 1951 “Scene in the Twilight” ( 暮色 , Boshoku ) were created. Boshoku is particularly notable because it depicts a familiar scene in nature, while Japanese society was only just recovering from the war and the post-war era. The picture was praised for its poetic representation; it received the third Mainichi Prize. In 1951, his painting “Atami Landscape” ( 熱 海 風景 , Atami fūkei ) was shown at the São Paulo Biennale . - Takabatake toured Europe from 1953 to 1954, painting the coronation of Queen Elizabeth II and a number of other pictures.

In his later years Takabate developed a special style in landscape painting, as the pictures of Atami, Karuizawa and Europe show. They are characterized by simplicity of feeling and conscious naivety. Examples of his complete works are “Petit Jean” ( プ チ ・ ジ ャ ン , Puchi Jan ; 1928), “Nudes” ( 裸 婦 群像 , Rafu gunzō ; 1937), the aforementioned “Scene in the Twilight”, “The Church of Auvergne” ( オ ベ ル ン 古寺 , Oberun koji ; 1967).