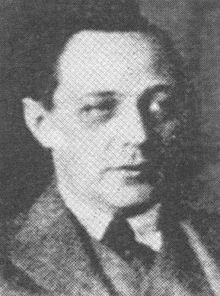 Haar studied in Göttingen from 1904 and received his doctorate in 1909 under Hilbert . After a few years as an assistant in Göttingen, he was appointed to the University of Kolozsvár (today Cluj-Napoca in Romania) in 1912 . After an interlude in Budapest, after the First World War he went to Szeged , where the University of Kolozsvár had been relocated after Hungary ceded Transylvania to Romania as a result of the Treaty of Trianon . In Szeged he worked closely with Frigyes Riesz .

Memorial plaque at the University of Szeged

The asteroid (24907) Alfredhaar was named after him.