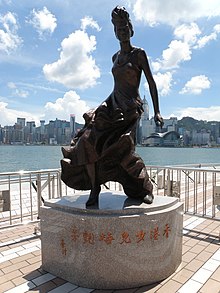 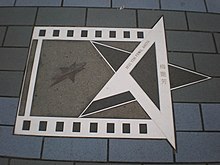 With her victory in 1982 at the New Talent Singing Contest ( 新秀 歌唱 比賽 ) on the Hong Kong private television broadcaster TVB , Anita Muis began her international career as a singer.

Due to its enormous success, it is often referred to as the "Madonna of Hong Kong". Like Madonna , she often changed her appearance and was considered the "bad girl" of the cantopop .

Anita Mui was also successful as an actress. From 1983 on, Anita Mui played primarily in action and martial arts roles. But she excelled in Rouge by Stanley Kwan , a tragic love story, which is now considered a classic. With her film partner Leslie Cheung she also made several other films (e.g. Who's the Woman, Who's the Man from 1996). They also recorded many successful songs together. The two were close friends. She was to him, he once said, like a little sister. In addition, she was active and successful on the domestic screens with her world-famous film partner Chow Yun Fat in the 1980s.

Her international breakthrough as an actress, to which Anita Mui also owes her fame in Germany , she achieved alongside Jackie Chan in Rumble in the Bronx (1994) and Drunken Master II (1993). Zhang Yimou dedicated his film House of Flying Daggers (2004) to her.

Anita Mui died on December 30, 2003 at the age of 40 from complications from cervical cancer in the Hong Kong Sanatorium Hospital . Her older sister Ann Mui , also a Cantopop singer , died in 2000 of the same disease.