Singer is a redirect to this article. See also: The singer . 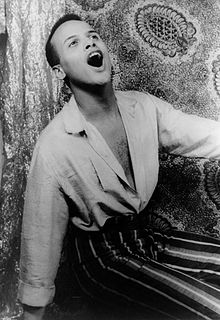 Singing (also: singing ) is the musical use of the human voice and probably the oldest and most original musical form of expression of humans. Singing exists in very different forms, from spontaneous, improvised singing of individual tones or tone sequences to folk songs to art songs , virtuoso art song ( bel canto ) and monophonic, homophonic and polyphonic choral music . Singing is extremely important for music because it combines music and language and uses the emotional expressiveness of the human voice. A distinction is made between pure vocal music (e.g. a cappella chorus music) and instrumental music and combined forms (e.g. cantata , oratorio , opera ).

The term singing includes all forms of musical use of voices by definition, but some forms must be distinguished from ordinary singing. Singers are therefore exclusively referred to as people who hold and hit notes during their singing, and thus the forms of singing to which this property applies are called singing and the forms to which it does not apply are not. In addition to the singers, there are also artists who do not meet this criterion, such as For example : yodelers and beatboxers , who only generate short rhythmic sounds through their voices, or spoken- song artists (e.g. rappers or toasters ) who perform spoken texts in a musical way.

In contrast to speaking, when singing, certain pitches are used within the framework of a given tone system and the singing is mostly organized metrically and rhythmically . For professional singers, adequate voice training , the coordination of the vocal registers and breathing adapted to the musical phrases play a major role.

Generation of the singing voice

The length of the vocal cords and their vibrational behavior are primarily responsible for the height of the voice ( pitch ). For example, children initially have a very high-pitched voice that decreases as the vocal cords grow. This growth is significantly more pronounced in boys than in girls, and a broken voice marks the strongest growth phase.

Up until the 18th century, in some cases even up to the beginning of the 20th century, there were castrati who retained their childlike high voice through an operation or mutilation, but who had to pay for this by losing their fertility. Today men with specially trained falsetto sing in a comparable vocal range as countertenor , altus or soprano . The faithful alternative of using boys' voices is also practiced.

Singing with your lips closed is called humming . The air is completely discharged through the nose, which means that only a very small amount of air is vibrated.

The functioning of the human singing voice can be compared , in a simplified manner, with the upholstered pipes (cf. wind instruments and sound ); the pads correspond to the two vocal folds , which are opposite to each other between the thyroid cartilage and two movable cartilages (which together with the cricoid cartilage and the epiglottis form the larynx skeleton ) and are stretched out at a slight upward incline towards each other.

The vocal pedagogy deals with the construction of a form suitable for use musical voice. Professional training to become a professional singer in the field of classical music , jazz or pop takes place in Germany at music colleges or in private studios. The academic training lasts at least eight semesters. Parts of the singing lessons are:

The training courses for opera , jazz , pop music and musicals differ fundamentally in terms of their styles, but also in some cases in terms of the vocal technique used. Classical vocal training is often based on the practice of bel canto . In some works of contemporary vocal music , however, the entire tonal scope of the human voice is used. At some universities there is an advanced course for this. The belting technique is often used in training for pop or musical singing .

Rock and metal singers are often self - taught without classical vocal training. In the professional field, however, singing lessons are also taken in this genre to prevent voice damage. 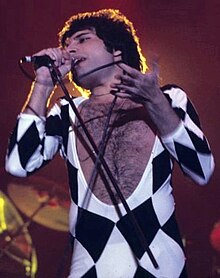 Singing belongs to the culture of all times and peoples and can accompany all life situations. Ritual chants, nursery rhymes, work songs and singing as a performance art are just a few examples.

The art of singing and technique reached high points of virtuosity from the late 16th to early 19th centuries in bel canto and opera in Italy . Individual singing personalities received special attention in public life at all times, from classical stage singers such as Farinelli , Adelina Patti , Enrico Caruso and the “ Primadonna assoluta” Maria Callas to great chansons such as Édith Piaf and Jaques Brel or the tango singer Carlos Gardel . Today, pop and rock stars such as Freddie Mercury , Michael Jackson or Robbie Williams were and still are an attraction and idol for many people.

Other cultures know numerous other forms and techniques of singing. Examples of this are Mongolian throat singing and overtone singing . Chanting , a meditative way of singing , is practiced in several religions .