The title of this article is ambiguous. For further respective meanings see sound (definition of terms ) .

In colloquial terms, sound primarily describes the noise , the sound , the tone , the bang (types of sound), as can be perceived aurally by humans and animals with the hearing, i.e. the ear-brain system . A distinction is made between useful sound , such as music or the voice during a conversation, and interference sound , such as construction site or traffic noise . Sound is a collective and is only used in the singular .

From a physical point of view, sound is a mechanical deformation that progresses as a wave in a medium . In stationary gases and liquids, sound is always a longitudinal wave , i.e. also approximately in air. The general wave equation for three-dimensional sound fields in fluid media is:

Therein is the Laplace operator . Sound propagates at a constant speed of sound that is characteristic of the medium and its condition ( temperature , pressure , etc.) . At a temperature of 20 ° C this is 343 m / s in air and 1484 m / s in water, see also the speed of sound in various media . The wavelength of the sound wave can be calculated using the following relationship for a given frequency and speed of sound :

On the other hand, there are also transverse waves and guided waves in solids . In vacuum there is no sound, because it, unlike electromagnetic waves always needs a carrier medium.

The associated science is acoustics . The two forms of energy that transform into each other during sound are compression energy and kinetic energy as a sound energy quantity , but they are characterized by the sound field quantities :

Waves are temporally and spatially periodic changes of a physical quantity g (t, x) . The sound pressure p is the most important sound field quantity as a scalar ; see also pressure wave . There are various reasons for this: The sound pressure is a clear variable, relatively easy to measure with microphones and also physiologically detectable by humans . The sound pressure p is easy to measure. At a sound pressure level of 0 dB, i.e. at the hearing threshold , the sound pressure has an effective value of 2 · 10 −5 N / m 2 (Pascal). In contrast, the sound field quantity sound velocity v is a vector , with the effect of sound referring to the speed of the back and forth movement of the fluid elements (air particles). The term speed is avoided here to clearly distinguish it from the speed of sound c . The speed is not so easy to determine. You have to be aware that the maximum velocities that occur during the deflection of the fluid elements are small compared to the speed of sound: At a sound pressure level of 130 dB, the pain threshold, the speed of sound in air is just 0.153 m / s. In the human hearing threshold, the effective value of the sound velocity has a value of 5 · 10 −8 m / s, corresponding to a sound velocity level of 0 dB. The air particles are only deflected slightly here.

Classification according to frequency

According to the frequency range one differentiates:

The hearing threshold, perception of a certain volume and the limit to the pain perception of humans run in the range of 16-20,000 Hz along a family of hearing curves which tend to converge in the range of the lowest and highest frequencies. Hearing ability, especially in the high-pitched range, decreases irreversibly with increasing age but also due to the strain on the hearing caused by loud music, noise or bangs.

Dogs and bats can also hear sounds above 20 kHz. Infrasound can be haptically felt by humans with the abdominal wall, fingertips or when standing with the feet or seen on solid bodies with the eye as a vibration. If a piezo ultrasound transducer is touched with the finger to atomize water, a heat sensation is generated in it. In particular, plastic housings of power supplies are permanently welded with ultrasound . 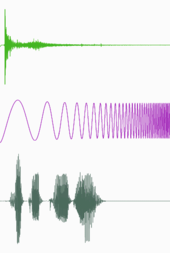 Figure 1: The sound pressure of different noises over time

Figure 1 shows the schematic time curves of the sound pressure of different noises: